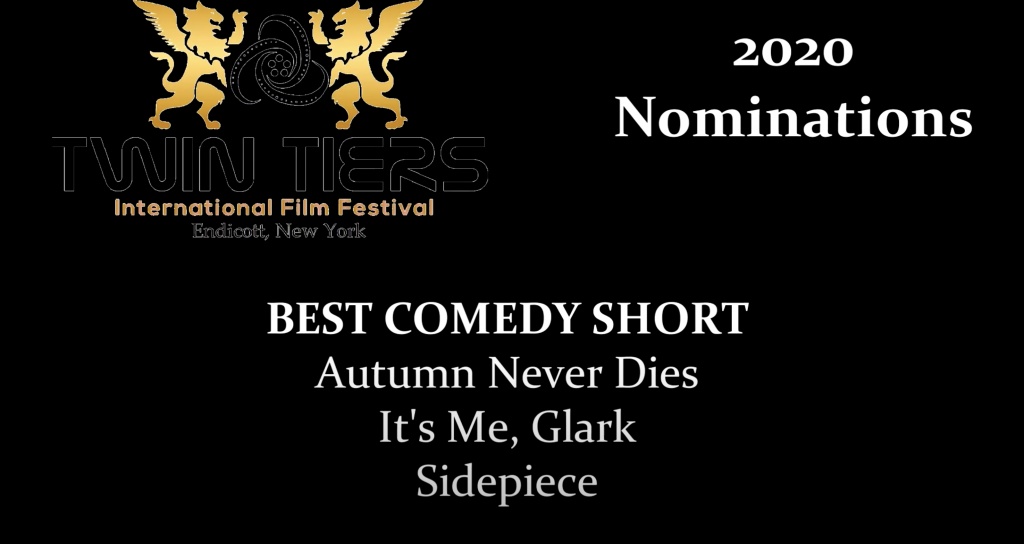 Delighted to announce that Autumn Never Dies has picked up a nomination for best comedy at the 2020 edition of the Twin Tiers International Film Festival in New York.

The winners will be announced at the end of the festival on Sunday 20th September.