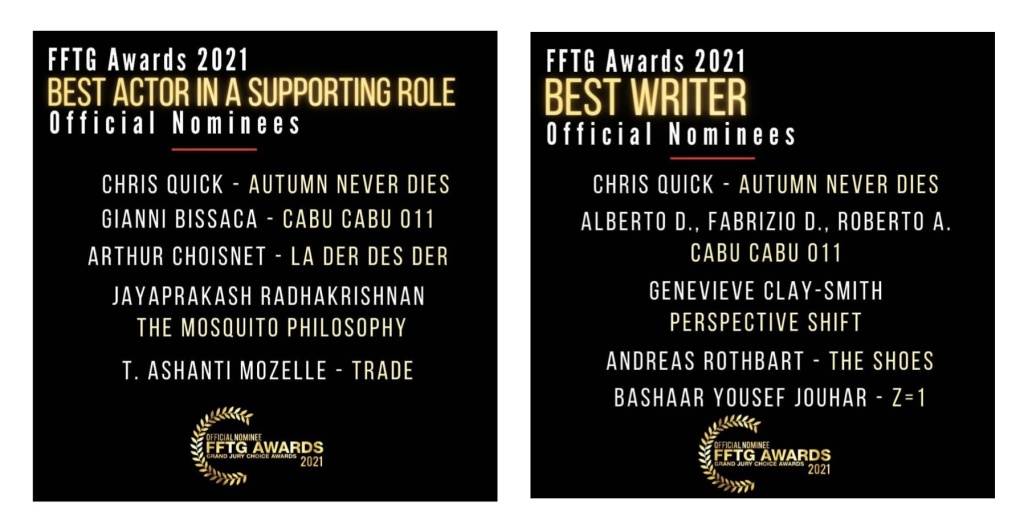 Delighted to announce that Autumn Never Dies has picked up two nominations at the FFTG Awards in the United States. Andy S. McEwan and I have been nominated for Best Writing and I have also picked up my 2nd Best Supporting Actor nod for voicing the role of Nelson.

The winners will be announced later in December.